Listen: The Anderson Council performs my song "Girl on the Northern Line" 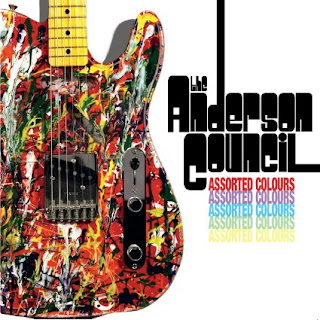 Before I was an author, I was a rock historian and sometimes tried my hand at songwriting. One of the songs I wrote, "Girl on the Northern Line," was intended for the Anderson Council, friends who had me pose behind a Viewmaster for the cover of their first album on a brisk Queens morning in 2001. 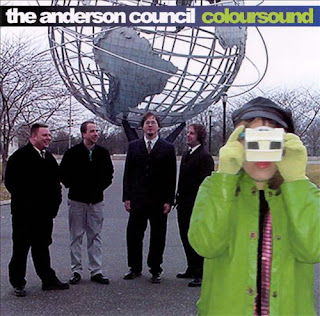 So it is with great joy that I can announce that, fifteen years after I wrote the song, "Girl on the Northern Line" is finally seeing release as one of four newly recorded tracks on the Anderson Council's wonderful best-of CD Assorted Colours. Best of all, pop fans are raving about the album and even singling out my tune. Just today, MyCentralJersey.com reviewer Bob Makin wrote, "Of the four new tracks, the harmonic, innocent-sounding brief encounter of 'Girl on the Northern Line' stands out."

Here is a video of the song, featuring footage shot by fans of the Anderson Council:

And here is a preview video for Assorted Colours.


What a terrific blessing to fulfill my dream of having the Anderson Council record one of my songs, and to do so as I prepare to enter into my new vocation as a seminary teacher. If MOJO magazine ever does a feature on "Systematic Theologians Who Rock," perhaps now I will be on their short list.
Posted by Dawn Eden Goldstein at 2:29 PM