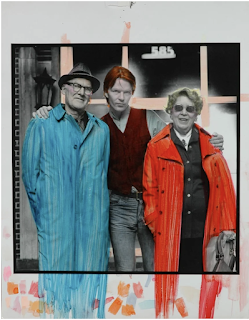 The website of America — The Jesuit Review today features my response to James Carroll's recent Atlantic cover story arguing for the abolition of the priesthood. I place James Carroll, ex-priest, in dialogue with the late Jim Carroll, punk poet:


A novelist and poet born in the late 1940s, whose Irish-American Catholic parents named him James Carroll, summed up his childhood with the refrain, “I was a Catholic boy/ Redeemed through pain/ And not through joy.”

I thought of that classic punk-rock Jim Carroll Band lyric, from the title track of their 1980 album Catholic Boy, as I read “Abolish the Priesthood,” the cover story in The Atlantic by James Carroll, an ex-priest born a few years prior to the late musician with whom he shares a name.

Both Jim Carroll (best known for his 1978 memoir The Basketball Diaries) and James Carroll critique the church that shaped them. But whereas the lyrics of “Catholic Boy” cling to the hope of redemption, James Carroll’s article gives no hint that we are all, in fact, sinners in need of salvation; he argues that the only thing lay Catholics need to be saved from is Catholicism itself.

Photo: Jim Carroll with his parents, photographed by Annie Leibovitz in a hand-colored test image for the cover of Carroll's album Catholic Boy (1980).
Posted by Dawn Eden Goldstein at 10:14 PM