Blast from the past: A song I co-wrote in 1995 is coming out on Steve Wynn's boxed set

Future "Survivor" host Jeff Probst introduces me on the FX Network's "Sound FX," March 16, 1995
A nugget from my past that I thought would be forever buried is coming to light for the first time this October, thanks to the great singer and songwriter Steve Wynn, his reissue producer Pat Thomas, and Real Gone Music. Steve reached out to me a few weeks ago to let me know that he and Thomas were going through recordings from his catalog and found a demo he made circa 1995 of a song he and I wrote together, "Bait and Switch." Together they decided to put it on Steve's upcoming 11-CD boxed set, Decade, which will cover his albums and the best of his unreleased recordings from 1995-2005. 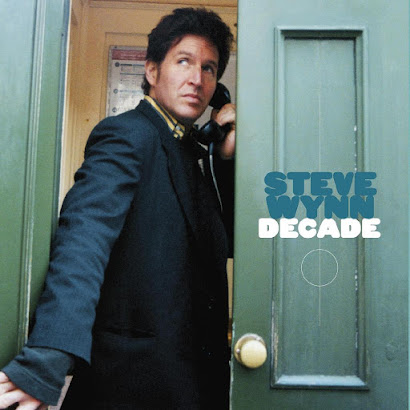 I am amazed and grateful beyond words that Steve's demo is finally being released. "Bait and Switch" began life as a song I wrote in 1994 or so titled "No Dice" (as a nod to the Badfinger album of the same name). The chorus went, "I call your name, you don't look twice, you just walk idly by/I know your game, but it's no dice, you just walk idly by."

Then, in 1995, Steve asked me if I'd like to write a song with him. We'd been acquainted since 1983, when I was fourteen; his Dream Syndicate was the first band I'd ever seen in a nightclub. But given our age difference and that he lived on the West Coast and I lived out east, we only began to become friends after he moved to Manhattan in 1994. A few years earlier, during one of his trips to New York, I'd given him a recording of a song I wrote, "You Did Me Wrong." He found it charming and, once he was living out East, he suggested we write something together.

It really says something about Steve's character as well as his ear, that he would encourage me as a songwriter based on hearing "You Did Me Wrong," as it's not exactly Jimmy Webb. But he heard something in it, and I was over the moon at the thought of writing with him. So I gave him a guitar-and-voice recording of "No Dice" and the next thing I knew, a cassette of his demo of my "No Dice" redone with new lyrics as "Bait and Switch" arrived in the mail.

I remember how impressed I was with Steve's arrangement of our song. He multi-tracked his vocals so he could sing overlapping melody lines, overlaying the verse atop the final chorus. Given that the verse's and chorus's melodies were complementary, combining them made perfect sense, but I wouldn't have thought of it myself.

So now, twenty-five years later, "Bait and Switch" will finally greet the world when Decade comes out on October 23. Needless to say, I can't wait! As soon as it appears on YouTube, I'll post it here, so stay tuned.
Posted by Dawn Eden Goldstein at 9:15 PM

Out December 1; pre-order from your local bookseller or from Amazon.